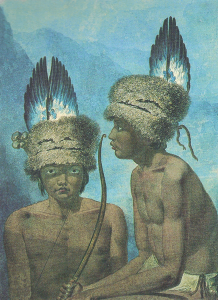 The history of Native Americans are an essential part of the way the United States has grown over many centuries. The history of American Indians can be viewed from many different perspectives, but all of them seem to reveal how important the native tribes are to our the birth of this nation.

By the time the first European voyages touched the shores of North America, there were roughly 50 million people already living there. In what is now known as the United States, there were about 10 million Native Americans when Europeans began exploring the territory, according to History.com.

While the history of Native Americans stretches back to prehistoric times, the more recent history is much more well documented, particularly the struggles with early Americans, Mexicans and the Spanish.

It was a tough time for tribes all over the country, from the Southwest to the East Coast and Great Plains. Tribes fought to protect their lands and their way of life from the encroaching European-American lifestyle.

The struggles gave rise to some of the most important figures in the history of Native Americans. Sitting Bull was a Lakota Sioux leader who led an important resistance against the United States government, most notably the defeat of Col. George Armstrong Custer and the 7th Calvary at the Battle of the Little Bighorn.

In the Southwest, Apache leader Geronimo fought against Mexican and American forces and spent much of his life in turmoil. It was the Apache way to raid for what they needed and the constant raiding angered the Mexican government, which eventually put a bounty on Apache scalps, paying vigilantes to murder innocent Apaches. Even women and children became victims of the flawed policy.

Today, Native Americans have managed to preserve their culture and history despite the hardships of the 19th and early 20th centuries.