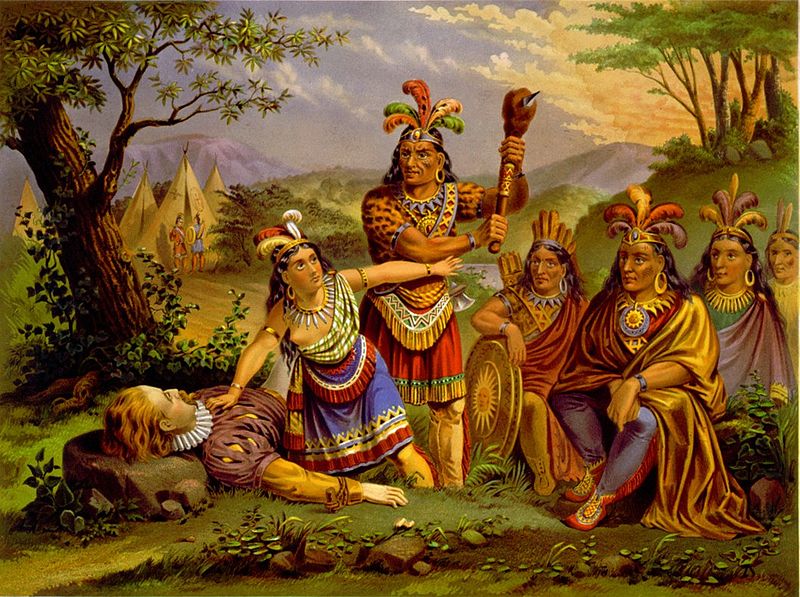 Perhaps the most well known among Native American women in history is Pocahontas. She was the daughter of Chief Powhatan, the head of a 32-tribe coalition of Algonquin Indians living in and around what is now known as Virginia.

According to the history of Native Americans, she was born sometime around 1595. During her youth, Pocahontas became very fond of an Englishman named John Smith, a sea captain and member of the first settlement in Jamestown.

John Smith himself wrote one of the most widely known stories of Pocahontas, in which she saved his life after he was captured by Chief Powhatan’s brother and was about to be executed when Pocahontas threw herself on top of him, begging the tribe to spare Smith, who claims he was then adopted into the tribe as a son of the chief.

John Smith was eventually forced to return to England when he was injured in a gunpowder explosion. The remaining settlers told Pocahontas Smith was dead and tricked her into coming on board an English ship.

She was kidnapped and later released. Eventually, she entered into a peace-making marriage in an attempt to quell violence between settlers and natives and was forced to adopt Christian beliefs. He husband took her on a trip to England, where she was well received by London society and even visited the royal family.

After a seven-month stay, Pocahontas and her husband prepared to set sail for Virginia when she was stricken with what may have been either pneumonia or tuberculosis. She never made the journey home.

She remains one of the most well known Native American women in history and is credited with saving the lives of countless English settlers, bringing them provisions and food even during times of conflict.

While there were plenty of important Native American women in history, Pocahontas remains one of the most famous. Her story has been dramatized for film, television and books.